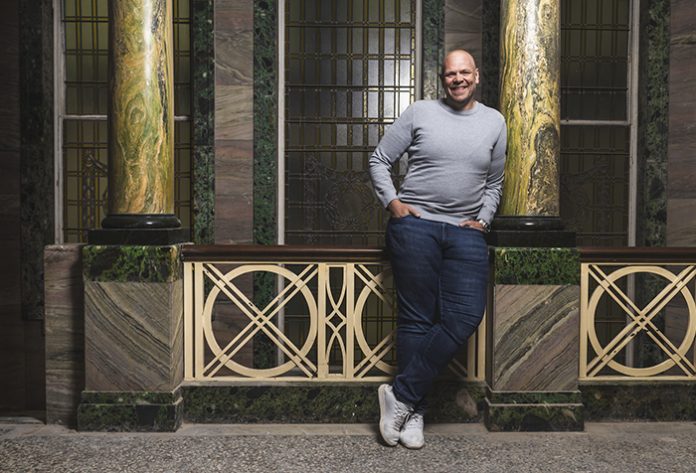 Ahead of its opening on 15th November, Manchester’s Stock Exchange Hotel has revealed details for its new restaurant, The Bull & Bear by Michelin-starred chef Tom Kerridge. Located within a grand domed space previously used as the trading floor of the Stock Exchange, Kerridge’s first northern outpost will be an approachable and social venue, blurring the lines between elegance and informality with a menu reflecting his signature style of refined British classics.

In addition to The Bull & Bear restaurant, Kerridge and his team will also be overseeing The Bank, offering private dining experiences for up to 14 people, and The Vault, catering for private events for up to 120 people.

Kerridge and his Executive Chef Dan Scott have devised a menu that is influenced by his pub in Marlow, The Coach. The menu will be divided into three stages, ‘First’, ‘Second’ and ‘Third’, with the team recommending four to five plates per person, allowing diners to experience a wider selection of the menu. The Bull & Bear will celebrate the style of cooking that Kerridge is renowned for – refined British comfort food and classics using incredible produce, in an environment that is approachable yet luxurious.

Some signature favourites from The Coach will be making an appearance, including Mushroom Risotto Claude Bosi, The Coach Burger with Smoked Brisket and Dill Pickle, and Chicken Kiev with Cauliflower Cheese. The menu will also include dishes such as Smoked Chicken and Ham Hock Terrine with Piccalilli, Crispy Pig’s Head with Celeriac Rémoulade and Spiced Date Sauce, and The Coach Profiteroles with Soured Vanilla Cream.

Kerridge has also been working closely with his Bar Manager at The Hand & Flowers in Marlow, Antony Peart, to design a drinks menu of cocktails that celebrates British distilleries, alongside a selection of local beers and non-alcoholic options. As well as celebrating Manchester’s local brewing scene, there will be beer from Rebellion, a Marlow-based brewery.

Stock Exchange Hotel owners, Gary Neville, Ryan Giggs and Winston Zahra, are excited to be working closely with Kerridge and his team on the F&B offering within the hotel: “Tom’s pubs in Marlow are renowned for creating high quality experiences with a relaxed and traditional approach, taking everyday ingredients and creating special dishes which are accessible to all. Tom has a great humility, he is someone who can really connect with people and we’re very pleased to have partnered with him on the food and beverage operation at the hotel.”

Within the atmospheric setting, the building’s grand and bright domed ceiling brings a welcome contrast to elegant green curved banquettes and comfortable leather armchairs, while a gold and green palette with warm and earthy hues takes inspiration from the architecture and interior design of the hotel. The gold details further act as a nod to the worker bee, a symbol for Manchester that dates back to the industrial revolution of the 19th century.

The menus and beer mats will be also illustrated with hand-drawn sketches of the people who make The Bull & Bear unique – suppliers, chefs, servers and punters – all of whom form a big part of its spirit and story.

Kerridge adds: “The Bull & Bear will be a bit of Marlow up north, which we can’t wait to share with the city of Manchester. The food scene up there is so vibrant and exciting and we’re looking forward to being a part of it. Our goal is to be somewhere that people feel welcome and looked after while enjoying some delicious food. The hotel is going to be stunning and it’s a brilliant setting for our first Manchester site.”

The team will also be overseeing the food and beverage operation for private dining and events, which will be catered for within The Bank and The Vault. The Bank has been reinvented to provide an intimate setting and comes complete with its own wine cellar, while culinary masterclasses will also be on offer. Hidden on the lower ground floor meanwhile, The Vault has been restored to offer a unique, welcoming space for up to 120 guests, with menus designed and served by Kerridge’s team.

The Grade-II listed building, a striking example of Edwardian architecture from the early 20th century, has been lovingly restored and transformed into the Stock Exchange Hotel. Co-owned by Gary Neville, Ryan Giggs and hotelier Winston Zahra, the eagerly-awaited property is set to open as a member of global hotel and restaurant fellowship, Relais & Châteaux, and will be managed and operated by Manchester-based GG Hospitality. The hotel will offer 40 rooms, including two signature suites and a striking 3,500ft2 penthouse residence. 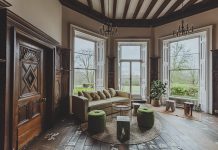 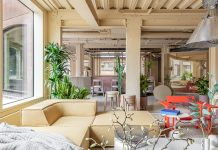 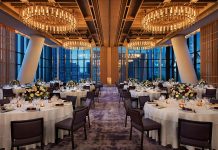 Important information about AHEAD Asia 2020